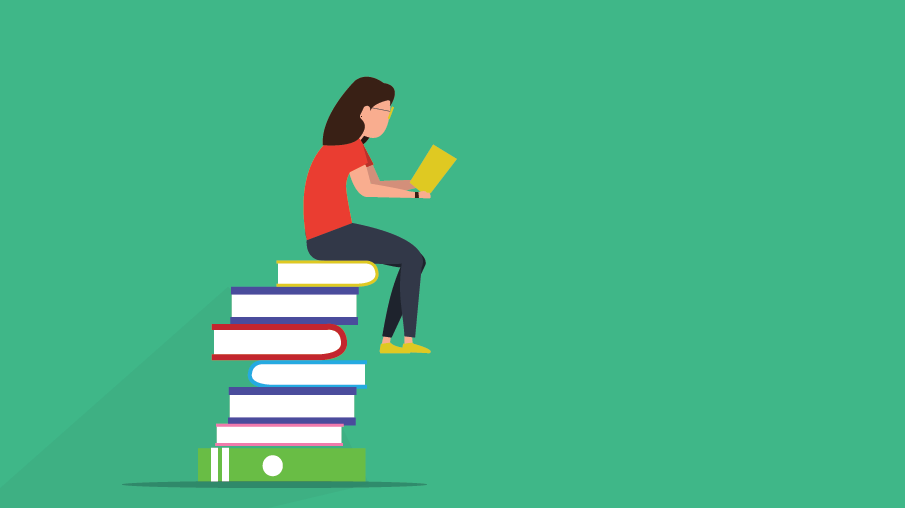 We launched our leadership training program - the Emerging Leaders Program, or ELP - with one simple idea: Leaders are made, not born.
The 6-month program features eight sessions, each on a critical leadership topic, such as making the transition from team member to manager; motivating teams; ethical decision-making; and projecting leadership presence. Each member of the leadership team goes through it, but we also offer it to team members who aspire to leadership roles. The full curriculum is available to the Emerging Leaders Program, or ELP can be seen here.
Here are 8 of the most important articles and books we read and discuss over the course of the program.

This Harvard Business Review article offers four secrets to CEO success, based on actual research. The authors, all from the leadership consulting firm ghSMART, studied assessments of 17,000 executives, including 2,000 CEOs, looking for what distinguished successful CEOs from those who didn’t make the grade. The first behavior is one of our favorites: “Deciding with speed and conviction.” The authors found that making a decision - any decision - is often more important than making the right decision. Bad decisions can be undone, but indecisiveness can create harmful uncertainty throughout an organization.


2. Your Body Language Shapes Who You Are

In this wildly popular TED Talk, social psychologist Amy Cuddy explains how adopting “power poses” can increase your confidence, reduce stress, and positively influence others’ perceptions of you. She also tells a powerful personal story of how she overcame adversity and ultimately achieved success. Her ultimate message: "Don’t fake it 'til you make it. Fake it 'til you become it." Cuddy’s research has been critiqued (and she’s defended it against those critiques). In the end, despite those critiques, her message has still resonated strongly our team.

Why is it so difficult to make the transition to a management position? Linda A. Hill presents five myths that often prevent new managers from succeeding in their roles. New managers tend to think that power comes from formal authority or from a job title. In reality, of course, a job title means very little - new managers have to earn the respect of their team members, and have to create a culture that enables the team succeed. Even if you’ve been leading teams for a long time, this article is worth a read. It’ll remind you of the challenges that newly promoted leaders on your team might be facing - and help you help them succeed.


4. What Maslow’s Hierarchy Won’t Tell You About Motivation

Maslow’s Hierarchy of Needs has become such a part of the canon that many people don’t question whether it’s really accurate. Indeed, Susan Fowler writes, “Maslow’s idea that people are motivated by satisfying lower-level needs such as food, water, shelter, and security, before they can move on to being motivated by higher-level needs such as self-actualization, is the most well-known motivation theory in the world.” Contemporary research, however, points to three universal psychological needs: autonomy, relatedness, and competence. By focusing on these needs, Fowler argues, you can drive employee satisfaction and engagement.

There’s no shortage of books offering strategies for increasing productivity. The One Thing advises readers to relentlessly prioritize. “Toppling dominoes is pretty straightforward,” Gary Keller writes. “You line them up and tip over the first one. In the real world, though, it’s a bit more complicated. The challenge is that life doesn’t line everything up for us and say, ‘Here’s where you should start.’ Highly successful people know this. So every day they line up their priorities anew, find the lead domino, and whack away at it until it falls.” The name of the book is a bit of a misnomer - in reality, you may have multiple “one things.” The One Thing is the only full-length book on the list, but it’s a fast read.

For many people, feedback is a source of stress. It’s also often ineffective, if done incorrectly. In this short Harvard Business Review article, communications consultant Cynthia Phoel discusses six simple tactics that leaders can adopt to improve their ability to give feedback and ultimately drive better performance. A few key points: Focus on business outcomes, give feedback often, and don’t assume you’re right.

Saul W. Gellerman analyzes three classic cases in which managers made bad ethical choices in pursuit of corporate goals. While those choices may have seemed rational at the time, they ultimately seriously damaged the companies. He cites four rationalizations that managers typically use when making unwise decisions - they believe that the activity is not “really” illegal, they believe it’s in the company’s best interests, they think they will never get caught, and/or they assume the company will protect them. The article is a classic - it was originally published in 1986 - but it is still startlingly relevant today.


8. How Will You Measure Your Life?

This article offers a powerful reminder that work isn’t everything. HBS Professor Clayton M. Christensen suggests aspiring MBAs ask themselves three questions: “First, how can I be sure that I’ll be happy in my career? Second, how can I be sure that my relationships with my spouse and my family become an enduring source of happiness? Third, how can I be sure I’ll stay out of jail?”
The last one may sound like a joke, but it’s an all too realistic risk for business leaders today. In the end, Christensen model tells us that if we want sustained motivation at work and overall happiness in life, we should not put all of our focus on our career. Instead, we should consider our true purpose in life, and then carefully allocate our time so we are devoting most of our energy and resources to the things that matter most.
Psst! You can now download the complete curriculum & training guide to our Emerging Leaders Program for free!