How To Handle Negative Customer Feedback on Facebook: 5 Best Ways 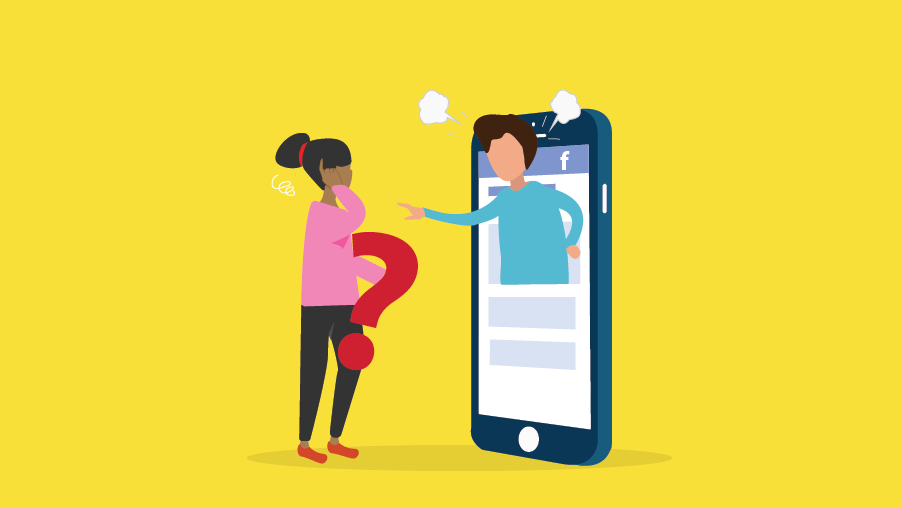 Social media is an increasingly important channel for customer service. Sometimes it’s a customer’s first stop. Other times, they’ll go there if they’re unhappy with service they received via another channel. Either way, social is a channel that companies can no longer afford to ignore: In fact, a recent study found that 32 percent of adult surveyed had sought customer service from a company via Twitter. But social media customer service also presents risks. After all, social media gives happy customers an opportunity to present their kudos publicly. But what happens when unhappy customers do the same?

Many companies are tempted to retreat from social media as a customer service channel, because they don’t want to risk making issues like this public. But if you handle it well you can actually gain customers’ trust and even fix underlying issues with your business. Here are five tips for dealing with angry customers on social media.

Sometimes, the first thing you have to do is resist the urge to run and hide. You have the option of deleting comments on Facebook - but use this ability sparingly. If it’s a genuine customer complaint, deleting the comment could just make the problem worse. The commenter will be notified of the deletion, which will only fan the flames.

Unless it’s truly an offensive or inappropriate comment, a better option is to hide it. The commenter gets no notification, and he and his friends can still see the comment. But no one else can.

Respond immediately, thank the customer for getting in touch, and apologize. If you don’t have an answer off-hand, say you’re looking into it. Being genuinely polite costs nothing and can earn a lot of goodwill. A quick response ensures the customer knows they are heard and can prevent the situation from escalating. If the customer feels ignored, she might just post again and again.
Note that if you respond privately, rather than in a public comment, Facebook will leave a note telling other visitors that you’ve communicated with the customer. This may be preferable to a public response, depending on the sensitivity of the issue.

Social media is different from other channels, in that you can take a fun, playful tone. In 2016, for example, James Lloyd posted a screenshot to Skyscanner’s Facebook page when the airfare search engine suggested he take a 47 year layover on a trip from New Zealand to London (yes, you read that right - 47 years).

The Skyscanner representative who responded, Jen, won major internet cool points for her tongue-in-cheek handling of the situation. Instead of just responding to it as a glitch in the system, Jen took the opportunity to suggest several time-killing ideas (“become a Tai-Chi expert”) for the proposed extended layover in Bangkok.

… but not at the expense of solving the problem

But don’t treat social media customer support as a joke. If necessary, work on finding out exactly what happened. While Jen made waves for her layover ideas, she ended the response by thankingLloyd for commenting and promising to talk to the engineering team about the issue. While the first part of the response was a great example of social media marketing, it’s the last part that made it a great example of social media customer support.

Once you’ve figured out what the problem is, be apologetic, don’t lead with excuses, and explain what you are doing to fix the issue. JetBlue displayed great customer service via Twitter when Esaí Vélez tweeted to the airline that his seatback TV was malfunctioning, giving him nothing but static. A JetBlue representative responded back empathetically saying, “Send us a DM with your confirmation code to get you a credit for the non-working TV.”

Escalate it if necessary

If you respond back and the customer still isn’t satisfied, or the issue is beyond your scope, escalating it to a person higher up is always an option.

On the back-end, having a clear “escalation plan” in place is a good idea. An effective plan should include information on what type of queries the frontline agents can respond to, team members above them they can send complaints up to, and of course a clear process for relaying information up the chain.Keep in mind that customers often turn to social media when they’re unhappy with service they received on another channel. If that’s the case, the escalation should happen sooner, rather than later. This shows the customer that you’re taking their concerns seriously. You don’t want the same agent to give the customer the same unsatisfactory response.

Respond publicly with an explanation, if relevant - but remember that by commenting on a social media post you’ll bring it back to the top of the page. If no one else is complaining about this issue, you can also just resolve it for the unhappy customer and let it go.
But one thing shouldn’t be an option: retreating from social media as a customer service channel. While it carries some risks, the benefits for customers - and by extension, for your business - are too good to ignore.

If you want to learn more about scaling customer support, download our e-book "Scaling Customer Support for Your Growing Business".