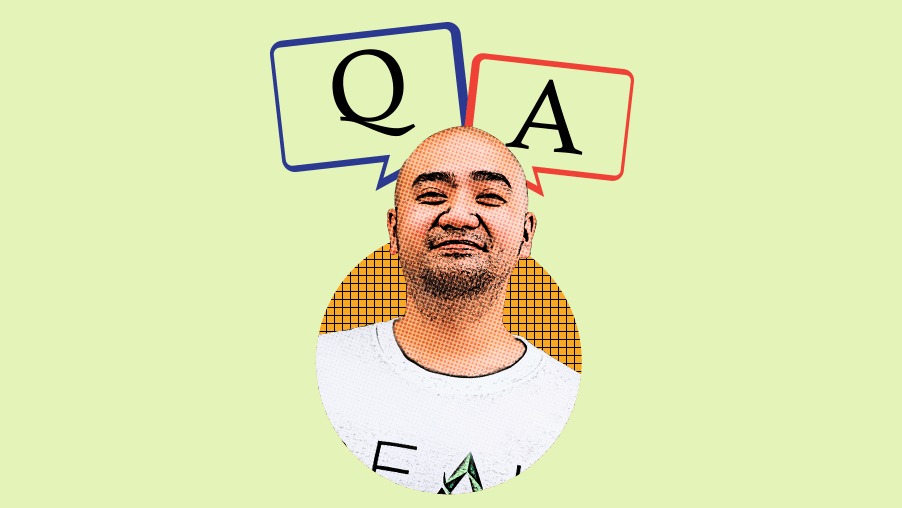 Manny is a Senior Business Analyst at Peak Support. When he’s not at work, Manny likes to keep himself busy by watching YouTube food videos. The famous person that he would like to treat out to dinner would be Bill Gates. Manny’s dream is to learn more about how the billionaire and his wife do the analytics for their foundation. When asked what he aims to achieve in the next five to eight years, Manny says that he hopes to already have his dream home by then. People who know him would be surprised to learn that he’s actually not a fast learner. The truth is, Manny processes things foreign to him at an incredibly slow pace. He does this to really break down ideas in the most basic concepts, and creates a mental flow chart in the process. Learn more about Manny by reading this month’s Q&A blog.

If you were to become a doctor, what field would you like to specialize in?

I would focus on Family Medicine subspecializing in both Adolescent and Geriatric Medicine. I read in a study that adding one primary care physician (such as a family doctor) per 10,000 population, has been associated with an average mortality reduction of 5.3%, or 49 per 100,000 per year. Numbers aside, I also understand the worries of the people of my age group: (1) the health of their kids and (2) the health of their parents.

What’s the most overpriced meal that you’ve ever had?

My wife loves to travel but up until this year, I couldn't accompany her because I still didn't have a passport. Just so that I would not "sulk" whenever she leaves me behind, I tell her that she must bring home a fast-food item from the country she visits every single time. Time not spent with her was always the price I overpaid for the meal she brought home.

Which 5 countries/cities do you want to visit someday?

I would love to visit New York and go to Katz's Delicatessen, as well as sample New York style pizza. I want to go to Austin so I can check out Franklin Barbeque. In Asia, I'd love to go to Japan and try Sukiyabashi Jiro. In Korea and Taiwan, I want to try their 7-Elevens and the food from the market.

If you could get VIP tickets to any event, what would it be?

It would be so amazing if I could travel back to 1993, go to Japan and attend Jamiroquai's concert at Club Citta. For me, it was the peak of Jay Kay's vocal range and Stuart Zender was still with the band. I also want to one day watch Gustavo Dudamel and his orchestra. I was able to watch him play for the pope on YouTube and it was spectacular!

Do you have a fear that you think people will probably laugh at if they knew?

I fear that I would finally reach a Norwood Scale 6 baldness before I even reach 40. When I was younger, I used to have super thick, glorious wavy hair. But as I was growing up and during the height of boy band popularity, I followed the straight hair and excessive hair gel trend way too much. I should've listened to my teachers when they said: "if you don't stop now, you will get bald when you get older."

What has been your most memorable vacation to date?

My honeymoon. It happened during the intense lockdown period, so my wife and I had to secure travel permits. The place we went to also required everyone (including the staff) to undergo COVID-19 testing prior to entry.

If you could go on an African safari adventure, what wild animal would you like to take a selfie with?

I'd like to take a selfie with a baby African elephant. Just like how selfies would digitally immortalize my picture with the said mammal, "Lulu" (yes, I am naming her!) would also remember me her entire life (because elephants don't forget ha-ha).

Which cancelled TV show would you like to bring back?

Oh, I have a lot! Star Trek: Enterprise -Just when the show was starting to get really good, it got cancelled. I also hope "The Patriot Act" with Hasan Minhaj gets a new home soon. It was too bad Netflix had to kill it. I also felt really bad when SyFy cancelled Dominion. It ended with a such a cliff hanger.

When was the last time you felt really blessed?

Just last week! Typhoon Ulysess (international name: “Vamco”) ravaged some parts of the Philippines. The wind was so strong that it knocked down a tree just a few houses away. It landed on an electricity pole causing it to burst into flames. Immediately after praying, there was a loud booming sound that extinguished the huge fire for some reason. Also, during the same week, my wife and I were driving towards NLEX (North Luzon Expressway) and a huge truck almost rammed us. It was super close, but no one got hurt.

What’s the best thing you ever did for love?

I used a spreadsheet app to start a conversation with my wife before we started dating. She wasn't interested in me at all and had shut me down three times. Out of desperation, I reached out to her and asked her if she knew how to do x,y,z with the app I mentioned. Long story short, I managed to convince her to go out with me. We've been together for more than 10 years now.

How often do you check your phone?

I only use my phone for work and when answering/making calls. I know there are benefits that to using your phone, but I think the "analog" stuff still works fine. Especially when used effectively.

Complete the sentence: The one thing that I miss the most about being a teenager is _____.

Having just two hours of sleep and feeling incredibly refreshed.

What’s your most annoying habit?

I chew on my pinky finger unknowingly whenever I am super focused. I recently bought a lot of chewing gum so I can have something to chew on. However, while answering this, I found myself chewing on it a bit again.

Is there a job that you think you’d be terrible at?

I don't think I'd make for a very good mountain guide. I always rely on the missus for directions whenever we have to go somewhere because I just can't seem to remember which road leads where.

The perfect weekend for me is a sunny, yet cool Sunday morning spent with family and friends over beer, roasting meat over a pit, and doing a huge seafood boil. All the while watching something exciting like a sporting finale or even just listening to the songs from the 80s-90s using an old radio.