Will AI Take Over My Job? Here's Why That Won't Happen Any Time Soon

A few weeks ago, I woke up to find that many people on my Facebook feed had shared this video of Google's new AI assistant. The article accompanying the video called it "jaw-dropping." It was shared thousands of times, with many calling it "amazing."

In the video, recorded at Google's I/O developers conference, CEO Sundar Pichai played a recording of a Google Assistant calling to make a haircut appointment. The audience seemed enthralled, oohing and aahing at all the appropriate moments. The announcement isn't a surprise; we knew AI would dominate the conference. But in reality, it's much less impressive than it seems.

The main factor driving the audience reaction -- and many of the positive comments -- is the fact that the Assistant actually sounds like a human. Her voice has natural intonation. She says "umm" and "hmm."

But if you look beyond that, there is nothing particularly new or special about the Assistant's ability to schedule a basic appointment. It's a basic task, that is not that useful, and Google's Assistant doesn't even do a particularly good job.

I learned a lot about this space at a previous startup, TalkTo. We had a global network of human call center agents who would make calls on our customers' behalf. We made a lot of haircut appointments. And based on my experience, I'm fairly confident you won't be asking Google's Assistant to make calls on your behalf for a long time -- if ever.

Here are the four reasons why:

1. Scheduling basic appointments is not that useful

Right now, AI can only do very basic tasks. And most of these tasks have, in fact, already been automated. The main use cases highlighted by Pichai, besides making hair appointments, are making restaurants reservations and calling a store for holiday hours -- two things I never, ever, do over the phone.

If you have to pick up the phone and call a business, it's typically because you have a more complex question which Google's Assistant is not equipped to handle.

At TalkTo, we dealt with requests like this all the time. Sometimes, we'd make a call and get a straightforward answer that we could deliver to the customer. But even simple calls got complicated pretty quickly. Our agents would have to go back to the customer with follow-up questions, because they simply could not make decisions on our customers' behalf.

And at that point, it would have been easier for the customer to call the salon directly.

If Google really wanted to show the Assistant's capabilities, they would have done a live demo. I have no idea how many calls they have to make to find the ones that are good-enough to share on stage, but I'm guessing it's a lot.

4. ...And the Assistant still got it wrong

It's hard to imagine how the Assistant could have gotten something so basic wrong. And if this is the call they used for the demo, how bad were the ones they didn't make public?

Sure, AI might take over the world -- eventually. But this video offers no evidence that it's going to happen particularly quickly. The problem for Google, and other AI assistants, is that all the easy tasks have already been automated or, at a minimum, shifted online.

The things that humans still need to do are much more complex. They require more than a human-sounding voice -- they require complicated, real-time decision-making. And Google has provided no evidence that its Assistant is up to the job.

Psst! If you're interested in reading more about AI in customer service, you can now download our ebook Artificial Intelligence in Customer Service for free. 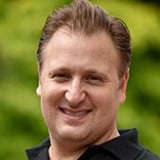